There are a lot of very beautiful martial arts out there that can certainly help increase your ability to defend yourself but will not drastically weigh the odds in your favour should you get locked into a fight. Sure, you may be better at striking or blocking incoming kicks, punches and attacks, but if the fight gets into close quarters, as many do, then often your training will be relatively useless. That is where Brazilian jiu jitsu (BJJ) shines and can help take you from a fighter who looks good at training and in competition to someone who can actually win real fights.

If you want to end a fight, then the best way to do that is to make your opponent, whoever they are, submit. Brazilian jiu jitsu has a range of techniques centred around how to manipulate your opponent's body into a place where you can make them tap out. Whether that be attacking the legs, arms, torso or whatever else is easily reachable, BJJ is all about finishing the fight quickly rather than prolonging it. If worst comes to worst and the fight really is a vicious one that you don't trust your opponent to stop after they tap out, then you can also either hold them there until help arrives or potentially disable them from continuing by breaking an arm or leg.

Size Is No Advantage

No matter how well trained you are at striking, if your opponent is much bigger than you, then it will be tough to incapacitate them, which is why martial arts and combat sports in general have weight classes. However, with BJJ, size is not as big an advantage because most of it comes down to manipulation of your body in very close contact to the other fighter, rather than dancing around and using your reach to tire out and wear down your opponent. Therefore, many great BJJ fighters are smaller than you might expect but could easily subdue an opponent who is drastically bigger than them.

Learn How To Fight In Close Quarters

There are very few people out there who are able to end a fight before it gets to close quarters just by striking. Most fights that you encounter in the real world will develop into a clinch and then wrestle on the ground, which is exactly where BJJ wants you to be. Knowing how to keep a cool head when constantly fighting against the bodyweight of another person is not easy, and only through experience and practice can you keep a cool and analytical mind that will help you win real fights. 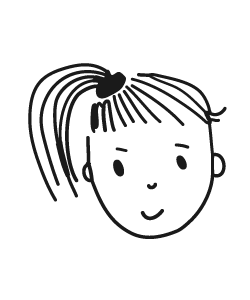 Sport goes beyond fitness. It's also about culture. Through history, as cultures have melded together, they have shared and adopted each other's sporting games. This blog is devoted to the entire concept of sport and rec. Hopefully, there will be posts looking at the history of sport in the world, posts about how to enjoy these activities as much as possible, posts on how to find the perfect football jersey and much more. I also plan to look at recreational pursuits that are ideal for people who don't enjoy sport or who cannot play sport for any reason. Hi! My name is Cee-Cee, and I love sport and recreation. I hope you enjoy these posts.